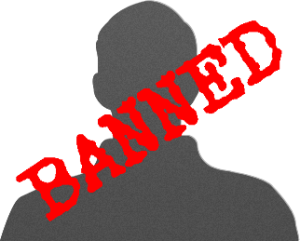 Zachary Jesse, a prolific player on the Magic the Gathering pro circuit, was recently banned from all sanctioned MTG events for life. All indications seem to suggest that this is the result of Zach Jesse’s past criminal record being made public knowledge.

This began with a tweet by Drew Levin, a MTG pro and a contributor at Star City Games, on May the 10th of 2015 while Zach Jesse was playing in the top 8 cut at GP Atlantic City. It reads, “Quick reminder: Zach Jesse is a literal rapist who got away with serving three months of an eight year plea deal.” A link to this article was circulated in social media during the aftermath. Zach Jesse responded by posting the following reddit post. On the 1st of July, Wizards of the Coast published their latest update of DCI bans and Zach Jesse was included as banned until 2049. In response, one of Zach Jesse’s friends posted this statement on reddit on his behalf. I reached out to Zach Jesse for further comments on the matter, but he politely declined to do so at this time. It should be noted that since the ban, Drew Levin has set his twitter account to private, meaning you can now only see his tweets if you are following him. Facebook have also recently disabled Zach Jesse’s account.

I will not discuss the particulars of the original crime in question out of respect for the victim’s right not to have her past horrors dredged up in the public sphere. If an individual wishes to know the details, it is easy enough to look into but to openly disclose them here would be the worst kind of voyeurism. However, I do feel the facts surrounding the conviction and the subsequent plea bargain need to be clarified, as I see many people quoting them wrong. As mentioned in the previously linked article, Zach Jesse was charged with rape but the plea bargain reduced the charge to aggravated sexual battery, with specification that Zach was to serve three months of an eight-year sentence. This was part of the plea bargain which, according to the District Attorney, the victim was “involved every step of the way” in drafting, not some loophole or failure in the legal system which allowed Zach Jesse to get away with serving so little of his sentence. This is not to make a value judgment as to whether Zach got ‘what he deserved’ or belittle the points of view of those who believe he didn’t. These are simply facts we must know before we can construct a reasonable opinion on the matter.

When Zach Jesse’s ban was passed down, it understandably caused a massive fallout in the MTG community and split the public opinion. Many felt like a rapist got what he deserved and that it’s a decision that will make many people, especially women, feel safer in the MTG pro circuit. Others feel it was a PR related decision that has no bearing on public safety and his past conviction from more then 10 years ago should have no bearing on his MTG career. Like all real life issues, it’s not so black and white. Rape is reprehensible. You can summarily dismiss the opinion of anyone who tries to argue otherwise. However, to frame this argument as pro vs anti-rapist would be equally disingenuous. The matter concerns whether a person should continue to be affected by the repercussions of a crime that has already  been dealt with in a court of law.

At this point I feel we should examine Zach’s life since he served his sentence. He detailed in his reddit post the positive steps he has taken to better his life. He has since graduated law school after gaining a merit based scholarship. He also had his civil rights restored in 2013, an extensive process to regain the civil rights lost for being a convicted felon that requires personal approval from the governor. He also evidently does regularl volunteer work and is involved in providing legal aide. There has also been no indications that he has had any other troubles with the law past some traffic offences. I do not repeat this list of achievements because I feel this somehow excuses or redeems his past crime. I do this because I feel these are publicly verifiable actions that paint a picture of a repentant man that is taking every actions to rehabilitate himself. I do this because the concept of public safety is quoted as the main reason for the ban and I feel we should consider these facts when we determine whether Zach Jesse is a threat to public safety.

A Wizards of the Coast employee had the following to say regarding Zach Jesse’s Ban. “We work hard to make sure all players feel welcomed, included and safe at our events so that they can have fun playing Magic. We don’t generally comment on individuals or provide position statements in the abstract, but we take action to address player issues and community concerns when we feel it is necessary.”

I do not wish to discount the views of those who feel everyone should feel safe at a sanctioned Magic event. However, I would have to dispute the fact that this is a decision based on safety, because if that is the case this ban does not go far enough. While Zach Jesse may no longer be allowed to compete in sanctioned events, every other person of similar criminal backgrounds still can. At every event, from the local Prerelease to an international Grand Prix, there could be a player with a torrid criminal history that the Drew Levins of this world have not dredged up publicly yet. If public safety is the motivating factor, surely a DCI registration should come with a background check. If we only ban a person when his criminal history becomes a topic of public controversy, not simply because he has one, then public safety is not the concern for this decision, it’s simply a public relations move.

At this point it is worth noting that there is a pro MTG player who has been elected to the hall of fame that is publicly known to have had a drug trafficking conviction. That is not to say he should also be banned. I simply wish to highlight the need for a more transparent policy by Wizards of the Coast as to exactly what kind of criminal history would exclude a person from the sanctioned MTG environment if their aim is public safety. We reached out to Wizards of the Coast with questions regarding this but have so far received no reply.

Another point of view that is often thrown around in this debate says that this is somehow fitting as punishment for Zach Jesse’s past crime. As someone with legal training, the dangers of trial by public opinion is deeply ingrained in me and I find this argument deeply disturbing. In the eyes of the law, Zach Jesse has been punished, as he has served the sentence approved by the court. I sympathise with those who feel he did not face a severe enough punishment but unless you are willing to resort to a old fashioned lynching, we must leave such matters to the court.

A real danger lies in the mentality that certain crimes that are particularly morally outrageous, such as murder and rape,  mar the person for life for having committed it. This point of view in effect eliminates the hope of rehabilitation following the punishment dealt. When you tell people they are forever to be judged for their past actions, you eliminate all motivation for the them to change and better themselves. When you tell someone they are to be forever ostracised from civilised society, you eliminate all reasons for them to act civilised. This argument is not made out of sympathy for criminals, but in the interest of society. If we eliminate the idea of rehabilitation from the justice system it paints the picture of a complete dystopia where the aggregate number of criminals can only rise and never falls. So to see this ban as punishment for Zach Jesse’s heinous but past crime would be to put forward a view that he is to be forever and repeatedly punished.

Ultimately, Wizards of the Coast is a private company who can, and will, ban anyone they wish from their own sanctioned events. I feel any actions with the aim of getting someone they deemed worthy of banning unbanned would be misguided and hopeless. However, it should also be ok for their customers and fans to expect a little transparency and openness in something as fundamental as who is allowed to play MTG competitively.

I am a fellow nerd in Brisbane who got into the tcg scene at a young age with Pokemon and Magic. Since then my poor impulse control have caused me to dabble in a wide variety of table top and card games. Recently FFG's LCGs are occupying my time with Netrunner as my main addiction.