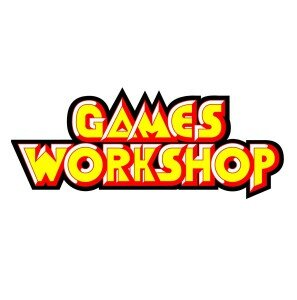 You may have noticed recently that Games Workshop (GW) has begun to revive some long dead systems. Let me give you a basic rundown in case you haven’t caught up on what’s been going on.

The death of Warhammer Fantasy Battles as a game was just the beginning when it came to changes within GW. Sales were dropping and gamer complaints were increasing. To combat this, GW killed off the game that wasn’t pulling its weight and introduced a game that would have a low cost of entry and low learning curve: Age of Sigmar (AoS).

To draw in more customers, GW then released a few one-off side games that are set in the AoS universe but are standalone games in their own right and don’t need the buyer to acquire additional expansion. If the player wanted to, they could then use the models in these side games within AoS, adding value to the initial purchase.

From there a new Warhammer Community website (https://www.warhammer-community.com/)  was created to lift the veil a little on GW production and be a hub of sort for GW products.

Forge World was also brought under the umbrella visually, and was tasked with creating new figures for Lord of the Rings among their current line of 40k, 30k, and the occasional AoS character.

Their White Dwarf magazine went through yet another change from the weekly ad pamphlet back to a monthly format.

As you can see, the structure of GW has changed for the better. Their online community presence was given a defib, community interaction has returned, and an intermingling of systems and games has helped ease new players into the hobby.

Back to the reboots.

Of the physical, boxed games, the first reboot we’ll talk about is Warhammer Quest: Silver Tower.

Warhammer Quest has had quite the facelift! Gone is the classic trope of barbarian, elf ranger, old wizard and armoured dwarf heroes trudging through a dank dungeon to stop an evil dude. Now the game is set within the AoS universe, using AoS character archetypes and aesthetics. The dungeon tiles are still present, but are now fewer in number.

Jumping back to the combining of games, GW has made a PDF of stat cards which you can download to use the Warhammer Quest figures within AoS proper. This trend continues throughout all lines of AoS related figures.

The more recent Warhammer Quest: Shadows Over Hammerhal is another standalone boxed game similar to Silver Tower but with a different setting; a return to the dungeons underneath a city. Again, this is compatible with Silver Tower and AoS.

Personally, there isn’t enough room for more dungeon crawling in my cupboard – Mantic’s Dungeon Saga has that itch thoroughly scratched and at a much more reasonable price… yes, the miniatures aren’t as gorgeous as those found in the new Warhammer Quest, but again, its not what I’m willing to pay.

Did the reboot need to happen? Yeah, I think so. It’s smart to make stats available for use in AoS and the rules needed modernising; classic Warhammer Quest was clunky, slow, and a pain to set up. 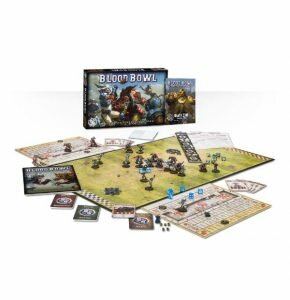 Next up we have the recently released Bloodbowl!

This is an old favourite which was still being played in my gaming group WNW on occasion, before the reboot. Since its “death” Bloodbowl was in the hands of the community, which created a living rulebook, introduced new teams, and maintained balance. There are a slew of miniature manufacturers filling the void and offering some sweet looking figures – in my opinion, much better than the old GW sculpts.

The changes from the classic to reboot are fewer than in Warhammer Quest. Miniature size has increased slightly, model base size has widened a touch and for consistency, the pitch, dug-outs and rulers are also increased to match the scale change. Other than that, surprisingly not a whole lot has changed.

The rules are pretty much the same with a few additions to the “skills” of players and the introduction of a new mechanic in “special play” cards.

Unusually, the old setting has been kept, old characters / character names have been kept and the rules are mostly untouched, and it doesn’t link with AoS either… so why reboot? Apart from the obvious answer of “money”, I can’t think of a reason other than to increase positive attitude to GW – they’re listening to fans of the game who were worried the game would change as drastically as Warhammer did between 8th ed and AoS.

Is it a good thing then, the Blood Bowl has been rebooted? With the rules mostly unchanged, yes. It brings the game back in the spotlight, hopefully reinvigorating the tournament scene (yes, tournaments are still being run!). To counter the good vibes though, some of the business decisions are a bit odd e.g not having enough players to create a FULL team and giving customers doubles of things they won’t duplicate. Players will then need to source the additional figures to fill out their roster – something that GW doesn’t yet supply.

I’m also not a fan of their digital distribution and creation of “seasons”. While it’s nifty that a free app has been created for players to write team rosters, you still need to pay to access each team (with GW’s high price attached). The season book also contain too few teams (it’s essentially an expansion book with a couple of extra rosters and rules) and feels a bit like an Electronic Arts micro-transaction business model.

The last reboot is an odd one. 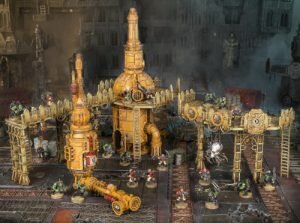 Shadow War Armageddon is a recently announced, yet to be released sorta-kinda reboot of Necromunda, the old sci-fi skirmish game set in a sprawling dump of a city, with player controlled gangs fighting over stuff.

From what has been leaked though, it looks like the old gangs are gone and replaced with units from 40k– similar to Warhammer Quest using AoS gear. Like Bloodbowl though, the rules are rumoured to be unchanged from Necromunda. The kit itself looks pretty and is to contain a decent amount of terrain pieces (which can also be used in 40k) and while all of that is well and good, I can’t help but feel disappointed.

One of the major selling points for me about Necromunda was the gangs themselves, each unique 1980’s take on far future gang warfare: ‘roided up muscle punks, sewer mutants with makeshift weapons, all-female mohawk bad asses, cowled and hooded cult gang etc. Now it’s space dudes vs orks (to begin with) and I struggle to see the differentiation between this new game and 40k, flavour-wise… it could be easily mistaken for a small game of 40k by the casual observer. Let’s hope Necromunda gets a proper reboot soon.

Before I go, I’ll give a quick mention to the Epic 40k reboot which is on the horizon. Similar to Bloodbowl, the scale has been increased slightly from the 6mm scale and it also looks to use more titans that Epic originally did. Little is still known though so it’s still a “wait and see” situation here.

There you have it: a quick and dirty rundown of the current and soon to be released GW “specialist game” reboots. While they all have changed (some more than others) as they made their way through the revivification process, I’m just glad to see that they haven’t been forgotten.