With the hype surrounding the re-release of the original Pokémon Red/Blue & Yellow onto the Nintendo E-Shop starting to build, what better time than now to review one of many new Pokémon TCG products that will be released during the year! We start today with a look at the Mythical Mew Pin Box and Pokémon TCG Generation’s booster packs that have been released worldwide into the hands of many wanting collectors! 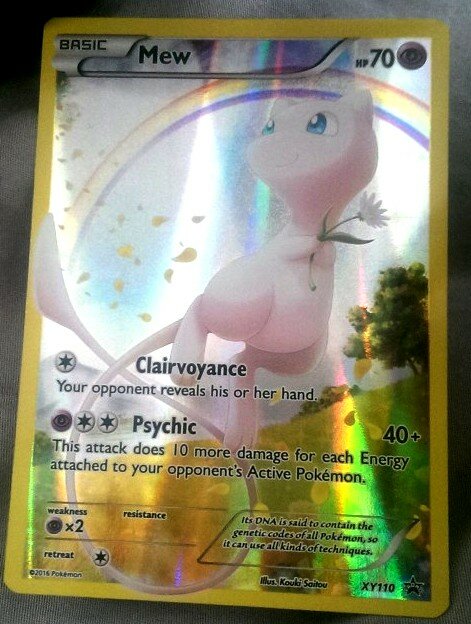 My first thoughts on the box itself is how exemplary the design is, not only giving a clear understanding of what’s in the box, but also an aesthetically pleasing colour scheme to drag your attention further in. The pin itself is lovely quality, being able to stick onto pretty much anything you can imagine from a shirt to a hat or even a bag if necessary. The other important factor to mention is that this pin is metal, not a cheap piece of plastic but a lovely small pin crafted and painted very professionally. This is exactly the kind of product that Pokémon should be producing. High quality, cheaper end products that keep collectors and players alike interested in the game for an entire year! 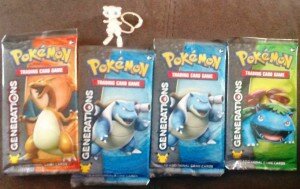 Moving on now, it’s time to talk about the Pokémon TCG boosters that you receive when you open these packs! 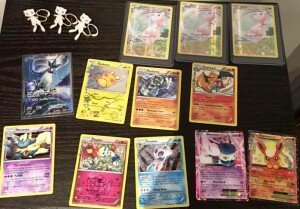 The Pokémon TCG Generation’s booster packs are the special release set of 2016, sporting cards from the first generation of 1996 all the way to the newest in a plethora of beautiful and different artworks. Cards including fan favorites like Charizard, Blastoise, Pikachu, Gardevoir and of course Mew can be found in these special packs including reprints of popular/playable cards from recent sets. Being a mixture of a new set and a reprint set in terms of the TCG gives Generations a unique position in the current competitive climate, where anyone looking to pick up some additional high quality cards will be able to in one place instead of foraging through many past sets and boosters in the hopes of finding just one copy of these cards. For the competitive game, this is a great thing. Having more cards in circulation is always a bonus and the Pokémon company has done a fantastic job at incorporating strong cards into the set and giving collectors and fans alike a tip of the hat by bringing back fan favorites. 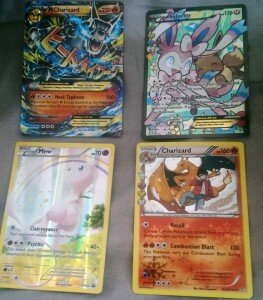 Overall, I am incredibly excited to see more and more content like this that the Pokémon company will produce over the next 12 months. For people like myself and my co-writer Anthony Smith, who focus on predominantly the competitive aspects of the Pokemon TCG, I find it incredibly refreshing to see a game angling their products towards a more united collector and player front instead of aimed at newer players. Don’t get me wrong, those channels and those products still exist to benefit newer players. But, I believe that we are heading in the right direction when it comes to marketing the game as the player-base evolves and becomes older and older on average every year.